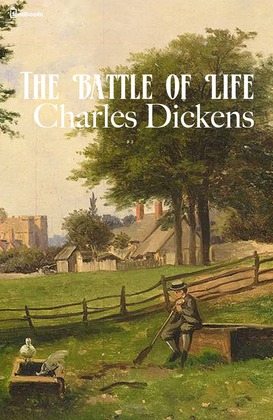 The Battle of Life

The Battle of Life: A Love Story is a novel by Charles Dickens, first published in 1846. It is the fourth of his five "Christmas Books", coming after The Cricket on the Hearth and followed by The Haunted Man.
It is noteworthy in that it is the only one out of the five books that does not have any use of supernatural elements. It bears the greatest resemblance to The Cricket on the Hearth in two aspects: that it is not a social novel and that it is resolved with a romantic twist. As is typical with Dickens, the ending is a happy one, and some might argue an overly happy one.