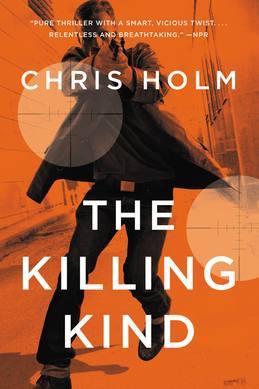 Michael Hendricks #1
by Chris Holm (Author)
Excerpt
Fiction Mystery & detective Suspense English literature American and Canadian literature
warning_amber
One or more licenses for this book have been acquired by your organisation details
EPUB
Unlimited loans, 2 years, One at a time
Details
Michael Hendricks kills people for money. That aside, he's not so bad a guy.

Once a covert operative for a false-flag unit of the US military, Hendricks was presumed dead after a mission in Afghanistan went sideways. He left behind his old life -- and beloved fiancée -- and set out on a path of redemption...or perhaps one of willful self-destruction.

Now Hendricks makes his living as a hitman entrepreneur of sorts -- he only hits other hitmen. For ten times the price on your head, he'll make sure whoever's coming to kill you winds up in the ground instead. Not a bad way for a guy with his skill-set to make a living -- but a great way to make himself a target.
Publication date
September 15, 2015
Publisher
Mulholland Books
Collection
A Michael Hendricks Novel
Page count
320
ISBN
9780316259507
Paper ISBN
9780316259538
Awards
Anthony Award for Best Novel 2016
The publisher has not provided information about accessibility.
1454330
item