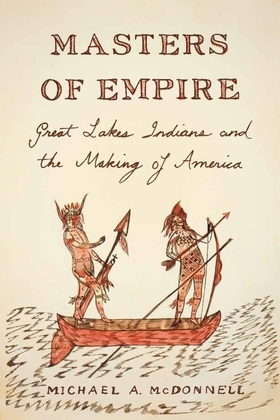 In Masters of Empire, the historian Michael McDonnell reveals the pivotal role played by the native peoples of the Great Lakes in the history of North America. Though less well known than the Iroquois or Sioux, the Anishinaabeg who lived along Lakes Michigan and Huron were equally influential. McDonnell charts their story, and argues that the Anishinaabeg have been relegated to the edges of history for too long. Through remarkable research into 19th-century Anishinaabeg-authored chronicles, McDonnell highlights the long-standing rivalries and relationships among the great tribes of North America, and how Europeans often played only a minor role in their stories. McDonnell reminds us that it was native people who possessed intricate and far-reaching networks of trade and kinship, of which the French and British knew little. And as empire encroached upon their domain, the Anishinaabeg were often the ones doing the exploiting. By dictating terms at trading posts and frontier forts, they played a crucial role in the making of early America. Through vivid depictions of early conflicts, the French and Indian War, and Pontiac's Rebellion, all from a native perspective, Masters of Empire overturns our assumptions about colonial America and the origins of the Revolutionary War. By calling attention to the Great Lakes as a crucible of culture and conflict, McDonnell reimagines the landscape of American history.