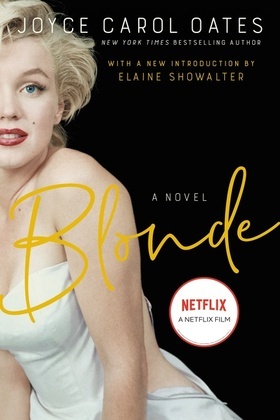 by Joyce Carol Oates (Author)
Read sample online Download sample
Fiction Literary English literature American and Canadian literature
warning_amber
One or more licenses for this book have been acquired by your organisation details
EPUB
26 loans, One at a time
Details

In one of her most ambitious works, Joyce Carol Oates boldly reimagines the inner, poetic, and spiritual life of Norma Jeane Baker—the child, the woman, the fated celebrity, and idolized blonde the world came to know as Marilyn Monroe. In a voice startlingly intimate and rich, Norma Jeane tells her own story of an emblematic American artist—intensely conflicted and driven—who had lost her way. A powerful portrait of Hollywood’s myth and an extraordinary woman’s heartbreaking reality, Blonde is a sweeping epic that pays tribute to the elusive magic and devastation behind the creation of the great 20th-century American star.