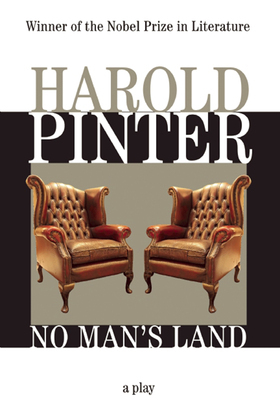 by Harold Pinter (Author)
Excerpt
Fiction Drama
warning_amber
One or more licenses for this book have been acquired by your organisation details
EPUB
Unlimited loans, One at a time
Details
“An oblique comedy of menace, unsettling, exquisitely wrought and written . . . a complex excursion into the by now familiar Pinter world of mixed reality and fantasy, of human worth and human degradation.” —New York Times

Set against the decayed elegance of a house in London’s Hampstead Heath, in No Man’s Land two men face each other over a drink. Do they know each other, or is each performing an elaborate character of recognition? Their ambiguity—and the comedy—intensify with the arrival of two younger men, the one ostensibly a manservant, the other a male secretary. All four inhabit a no man’s land between time present and time remembered, between reality and imagination—a territory which Pinter explores with his characteristic mixture of biting wit, aggression, and anarchic sexuality.
Publication date
December 19, 2013
Publisher
Grove Press
Page count
96
ISBN
9780802192271
Paper ISBN
9780802123053
File size
1 MB
The publisher has not provided information about accessibility.
2226882
item