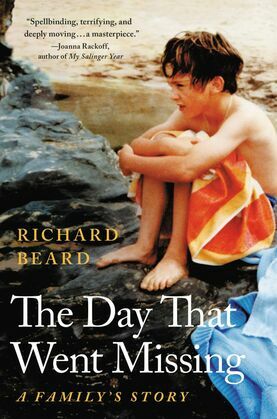 The Day That Went Missing

by Richard Beard (Author)
Excerpt
Nonfiction Health & fitness Anxieties and stress
warning_amber
One or more licenses for this book have been acquired by your organisation details
EPUB
Unlimited loans, 2 years, One at a time
Details
"Spellbinding, terrifying, deeply moving" -- an unflinching portrait of a family's silent grief, and the tragic death of a brother not spoken about for forty years (Joanna Rakoff).

On a family summer holiday in Cornwall in 1978, Richard and his younger brother Nicholas are jumping in the waves. Suddenly, Nicholas is out of his depth. One moment he's there, the next he's gone.

Richard and his other brothers don't attend the funeral, and incredibly the family returns immediately to the same cottage -- to complete the holiday, to carry on, in the best British tradition. They soon stop speaking of the catastrophe. Their epic act of collective denial writes Nicky out of the family memory.

Nearly forty years later, Richard, an acclaimed novelist, is haunted by the missing piece of his childhood, the unexpressed and unacknowledged grief at his core. He doesn't even know the date of his brother's death or the name of the beach where the tragedy occurred. So he sets out on a painstaking investigation to rebuild Nicky's life, and ultimately to recreate the precise events on the day of the accident.

The Day That Went Missing is a transcendent story of guilt and forgiveness, of reckoning with unspeakable loss. But, above all, it is a brother's most tender act of remembrance, and a man's brave act of survival.