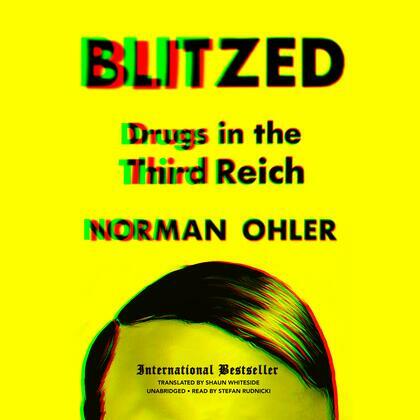 The Nazi regime preached an ideology of physical, mental, and moral purity. But as Norman Ohler reveals in this gripping new history, the Third Reich was saturated with drugs.

On the eve of World War II, Germany was a pharmaceutical powerhouse, and companies such as Merck and Bayer cooked up cocaine, opiates, and, most of all, methamphetamines, to be consumed by everyone from factory workers to housewives to millions of German soldiers. In fact, troops regularly took rations of a form of crystal meth—the elevated energy and feelings of invincibility associated with the high even help to explain certain German military victories.

Drugs seeped all the way up to the Nazi high command and, especially, to Hitler himself. Over the course of the war, Hitler became increasingly dependent on injections of a cocktail of drugs—including a form of heroin—administered by his personal doctor, Dr. Morell.

While drugs alone cannot explain the Nazis’ toxic racial theories or the events of World War II, Ohler’s investigation makes an overwhelming case that, if drugs are not taken into account, our understanding of the Third Reich is fundamentally incomplete. Carefully researched and rivetingly readable, Blitzed throws surprising light on a history that, until now, has remained in the shadows.