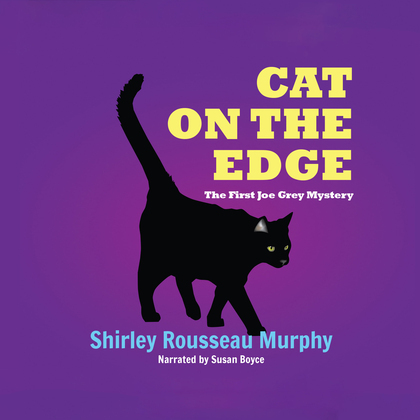 Cat on the Edge

It’s been quite a week for Joe Grey. First the large, powerful feline discovers that, through some strange, inexplicable phenomenon, he now has the ability to understand human language. Then he discovers he can speak it as well! It’s a nightmare for a cat who’d prefer to sleep the day away carefree, but Joe can handle it. That is, until he has the misfortune to witness a murder in the alley behind Jolly’s Deli—and worse, to be seen witnessing it. With all of his nine lives suddenly at risk, Joe’s got no choice but to get to the bottom of the heinous crime—because his mouse-hunting days are over for good unless he can help bring a killer to justice.