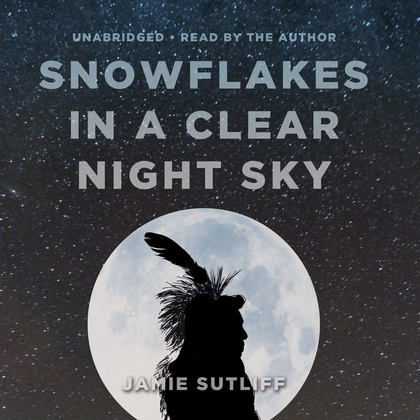 Snowflakes in a Clear Night Sky

This short-story collection contains ten tales based on a diverse range of subjects, from true crime to historical fiction and fantasy. The title story, "Snowflakes in a Clear Night Sky," is based on Native American folklore. "A Dark Quiet Place" is based on a true-crime incident involving a troubled boy and gun violence. In "Adirondak Mountains 5000 BC," based on early northeastern indigenous peoples, an archaeologist discovers cave drawings in the Adirondack Mountains and tells the story she finds in a pictograph. "Amanda Paine and the Yah-Ko" is another tale based on Native American folklore. In "Village Murder," based on true crime, a man murders his wife for insurance money. "Motorcycle Man" is a comedy based on a true incident of a motorcycle gang traveling in the mountains. "Phyllis" is a dark comedy about a woman who decides to kill her boyfriend because he will not marry her. "The Son of Amaros" tells the story of a fallen angel and is based on the Books of Enoch, discovered in the Dead Sea Scrolls. "Virginia and Mouse" is the true story of a woman and her horse. Finally, "The Devil Wind" is based on a true incident that occurred during the Iraq War, when approximately $9 billion—in cash—went missing while under the care of Blackwater contractors. In 2012, $6 billion was recovered. This story is a fictionalized account of what could have happened to the missing $3 billion.

Jamie Sutliff has turned a number of his stories into award-winning screenplays, including The Devil Wind, which won a Laurel Leaf for best screenplay at Hollywood's Independent Film Festival; Yah-Ko, which won the Silver Award at the International Independent Film Awards; and Antidote Man, a semifinalist at the Hollywood Circus Road Film Festival.