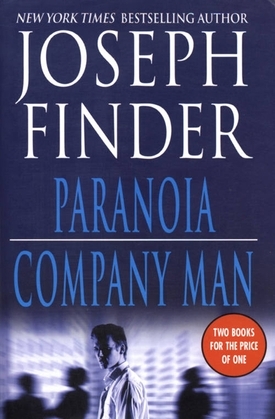 Adam Cassidy is twenty-six and a low level employee at a high-tech corporation who hates his job. When he manipulates the system to do something nice for a friend, he finds himself charged with a crime. Corporate Security gives him a choice: prison - or become a spy in the headquarters of their chief competitor, Trion Systems.

They train him. They feed him inside information. Now, at Trion, he's a star, skyrocketing to the top. He finds he has talents he never knew he possessed. He's rich, drives a Porsche, lives in a fabulous apartment, and works directly for the CEO. He's dating the girl of his dreams.

His life is perfect. And all he has to do to keep it that way is betray everyone he cares about and everything he believes in.

But when he tries to break off from his controllers, he finds he's in way over his head, trapped in a world in which nothing is as it seems and no one can really be trusted.

And then the real nightmare begins...

From the writer whose novels have been called "thrilling" (New York Times) and "dazzling" (USA Today) comes an electrifying new novel, a roller-coaster ride of suspense that will hold the reader hostage until the final, astonishing twist.

Joseph Finder's New York Times bestseller Paranoia was hailed by critics as "jet-propelled," the "Page Turner of the Year," and "the archetype of the thriller in its contemporary form."

Now Finder returns with Company Man - a heart-stopping thriller about ambition, betrayal, and the price of secrets.

Nick Conover is the CEO of a major corporation, a local boy made good, and once the most admired man in a company town. But that was before the layoffs.

When a faceless stalker menaces his family, Nick, a single father of two since the recent death of his wife, finds that the gated community they live in is no protection at all. He decides to take action, a tragedy ensues - and immediately his life spirals out of control.

At work, Nick begins to uncover a conspiracy against him, involving some of his closest colleagues. He doesn't know who he can trust - including the brilliant, troubled new woman in his life.

Meanwhile, his actions are being probed by a homicide detective named Audrey Rhimes, a relentless investigator with a strong sense of morality - and her own, very personal reason for pursuing Nick Conover.

With everything he cares about in the balance, Nick discovers strengths he never knew he had. His enemies don't realize how hard he'll fight to save his company. And nobody knows how far he'll go to protect his family.

Mesmerizing and psychologically astute, Company Man is Joseph Finder's most compelling and original novel yet.