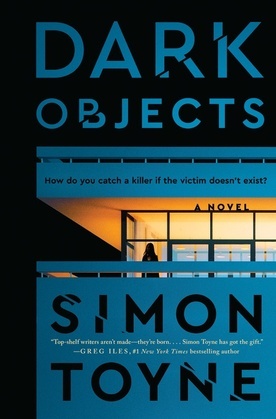 A Novel
by Simon Toyne (Author)
Excerpt
Fiction Mystery & detective Suspense English literature British literature
warning_amber
One or more licenses for this book have been acquired by your organisation details
EPUB
26 loans, One at a time
Details

Forensics expert Laughton Rees hunts an unusually clever killer who appears to be staging murder scenes just for her in this twisty new psychological thriller by the bestselling author of the Sanctus trilogy.

How do you catch a killer if the victim doesn’t exist?

A glamorous woman is murdered in her ultra-luxurious London mansion and her husband goes missing. But according to public records, neither of them exists.

The only leads police have are several objects arranged around the woman’s body, including a set of keys and a book called How to Process a Murder by Laughton Rees—a book that appears to have helped the killer forensically cleanse the crime scene.

Laughton Rees is an academic who doesn’t usually work live cases after the brutal murder of her mother as a teen left her traumatized and emotionally scarred. But the presence of her book at this scene draws her unwillingly into the high-profile investigation and media circus that springs up around it. As the dark objects found beside the body lead her closer to the victim’s identity, a dangerous threat to Laughton and her daughter emerges, as well as painful memories of her past related to the man she has always blamed for her mother’s death: John Rees, Laughton’s father, the current Metropolitan Chief Commissioner and a man she has not spoken to in twenty years.

Laughton’s family was destroyed once and she built herself a new one. Now, she has to face her darkest fears and help catch a killer before this one is destroyed too.