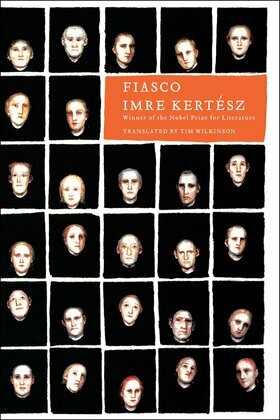 Translated into English at last, Fiasco joins its companion volumes Fatelessness and Kaddish for an Unborn Child in telling an epic story of the author's return from the Nazi death camps, only to find his country taken over by another totalitarian government.

Fiasco as Imre Kertesz himself has said, "is fiction founded on reality"—a Kafka-like account that is surprisingly funny in its unrelentingly pessimistic clarity, of the Communist takeover of his homeland. Forced into the army and assigned to escort military prisoners, the protagonist decides to feign insanity to be released from duty. But meanwhile, life under the new regime is portrayed almost as an uninterrupted continuation of life in the Nazi concentration camps-which, in turn, is depicted as a continuation of the patriarchal dictatorship of joyless childhood. It is, in short, a searing extension of Kertesz' fundamental theme: the totalitarian experience seen as trauma not only for an individual but for the whole civilization—ours—that made Auschwitz possible.