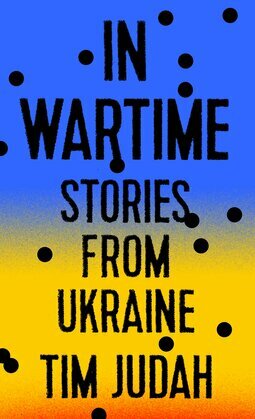 In Wartime: Stories from Ukraine

From one of the finest journalists of our time comes a definitive, boots-on-the-ground dispatch from the front lines of the conflict in Ukraine.

“Essential for anyone who wants to understand events in Ukraine and what they portend for the West.”—The Wall Street Journal

Ever since Ukraine’s violent 2014 revolution, followed by Russia’s annexation of Crimea, the country has been at war. Misinformation reigns, more than two million people have been displaced, and Ukrainians fight one another on a second front—the crucial war against corruption.

With In Wartime, Tim Judah lays bare the events that have turned neighbors against one another and mired Europe’s second-largest country in a conflict seemingly without end.

In Lviv, Ukraine’s western cultural capital, mothers tend the graves of sons killed on the other side of the country. On the Maidan, the square where the protests that deposed President Yanukovych began, pamphleteers, recruiters, buskers, and mascots compete for attention. In Donetsk, civilians who cheered Russia’s President Vladimir Putin find their hopes crushed as they realize they have been trapped in the twilight zone of a frozen conflict.

Judah talks to everyone from politicians to poets, pensioners, and historians. Listening to their clashing explanations, he interweaves their stories to create a sweeping, tragic portrait of a country fighting a war of independence from Russia—twenty-five years after the collapse of the USSR.