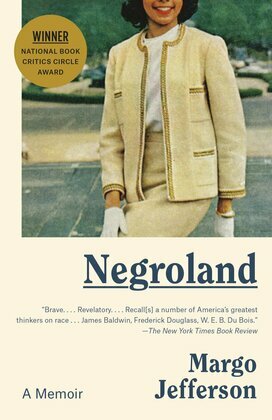 by Margo Jefferson (Author)
Excerpt
Nonfiction Biography & autobiography History History by country United States Social science Sociology
warning_amber
One or more licenses for this book have been acquired by your organisation details
EPUB
Unlimited loans, 2 years, One at a time
Details

Jefferson takes us into an insular and discerning society: “I call it Negroland,” she writes, “because I still find ‘Negro’ a word of wonders, glorious and terrible.”

Margo Jefferson was born in 1947 into upper-crust black Chicago. Her father was head of pediatrics at Provident Hospital, while her mother was a socialite. Negroland’s pedigree dates back generations, having originated with antebellum free blacks who made their fortunes among the plantations of the South.

It evolved into a world of exclusive sororities, fraternities, networks, and clubs—a world in which skin color and hair texture were relentlessly evaluated alongside scholarly and professional achievements, where the Talented Tenth positioned themselves as a third race between whites and “the masses of Negros,” and where the motto was “Achievement. Invulnerability. Comportment.”

Jefferson brilliantly charts the twists and turns of a life informed by psychological and moral contradictions, while reckoning with the strictures and demands of Negroland at crucial historical moments—the civil rights movement, the dawn of feminism, the falsehood of post-racial America.