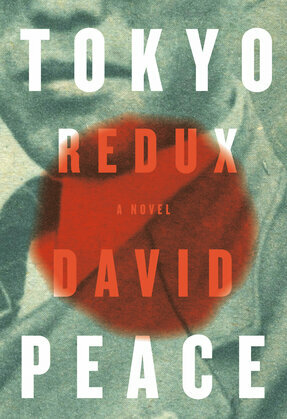 by David Peace (Author)
Excerpt
Fiction Mystery & detective Historical English literature British literature
warning_amber
One or more licenses for this book have been acquired by your organisation details
EPUB
Unlimited loans, 2 years, One at a time
Details

A thrilling postmodern noir about the real-life disappearance, in 1949, of one of Japan's most powerful figures, and the three men who try--and fail--to crack the case.

Tokyo, July 1949. The president of the National Railways of Japan vanishes. As American and Japanese investigators scrambled for answers, the case went cold--and it remains unsolved to this day. In Tokyo Redux, celebrated crime writer David Peace channels drama, research, and intrigue into this strikingly intelligent fictionalization of Japan's most enduring and haunting mystery.

Spanning decades, Peace's novel reveals how the lives of three men all come to revolve around the same inexpicable disappearance. Starting in American-occupied Tokyo, where tension and confusion reign, American detective Harry Sweeney leads the missing-person investigation for General MacArthur's GHQ. Fifteen years later, as Tokyo prepares for the global spotlight as host of the summer Olympics, private investigator Murota Hideki--who was a policeman during the Occupation--is confronted by this very same case, and is forced to address something he's been hiding for more than a decade. And twenty-plus years after that, as Emperor Shōwa lays dying, Donald Reichenbach, an aging American eking out a living in Japan teaching and translating, discovers that the final reckoning of the greatest mystery of the era is now in his hands.

The concluding installment of Peace’s acclaimed Tokyo Trilogy, Tokyo Redux is a page-turning portrait of post-World War II Tokyo and an inside look into a storied crime that continues to haunt multiple generations.