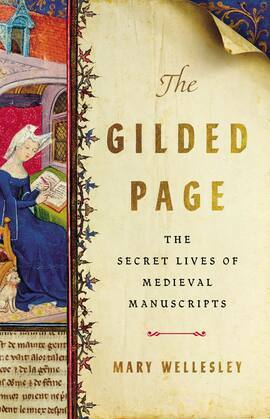 by Mary Wellesley (Author)
Download sample
Nonfiction History Medieval Literary essays
warning_amber
One or more licenses for this book have been acquired by your organisation details
EPUB
Unlimited loans, 2 years, One at a time
Details

A breathtaking journey into the hidden history of medieval manuscripts, from the Lindisfarne Gospels to the ornate Psalter of Henry VIII

Medieval manuscripts can tell us much about power and art, knowledge and beauty. Many have survived because of an author’s status—part of the reason we have so much of Chaucer’s writing, for example, is because he was a London-based government official first and a poet second. Other works by the less influential have narrowly avoided ruin, like the book of illiterate Margery Kempe, found in a country house closet, the cover nibbled on by mice. Scholar Mary Wellesley recounts the amazing origins of these remarkable manuscripts, surfacing the important roles played by women and ordinary people—the grinders, binders, and scribes—in their creation and survival.

The Gilded Page is the story of the written word in the manuscript age. Rich and surprising, it shows how the most exquisite objects ever made by human hands came from unexpected places.

“Mary Wellesley is a born storyteller and The Gilded Page is as good as historical writing gets. This is a sensational debut by a wonderfully gifted historian.” —Dan Jones, bestselling author of The Plantagenets and The Templars