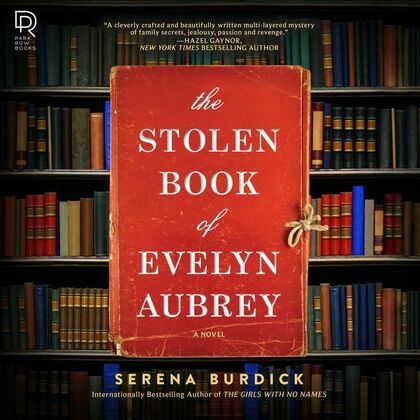 The Stolen Book of Evelyn Aubrey

by Serena Burdick (Author), Karen Cass (Narrateur)
Fiction Historical Romance Gothic
warning_amber
One or more licenses for this book have been acquired by your organisation details
AUDIOBOOK
Unlimited loans, One at a time
Details

What if you could write a new ending for yourself?

England, 1898. When Evelyn first married the famous novelist William Aubrey, she was dazzled by his brilliance. But their newlywed bliss is brief when William is gripped by writer’s block, and he becomes jealous of Evelyn’s writing talent. When he commits the ultimate betrayal—stealing a draft of her novel and passing it off as his own—Evelyn decides to write her way out of their unhappy marriage.

California, 2006. Abigail always wondered about her father, his identity forever lost when her mother unexpectedly died. Or so Abigail thought, until she stumbled upon his photo and a message that her great-great-grandmother was the author Evelyn Aubrey, leading Abigail on a journey to England in search for answers. There, she learns of Evelyn’s shocking disappearance and how London society believed she was murdered. But from what she uncovers about Evelyn, Abigail believes her brilliant great-great-grandmother had another plot up her sleeve.

Rich in atmosphere and emotion, The Stolen Book of Evelyn Aubrey tells the story of literary secrets, a family curse and the lengths women will go to take charge of their future.