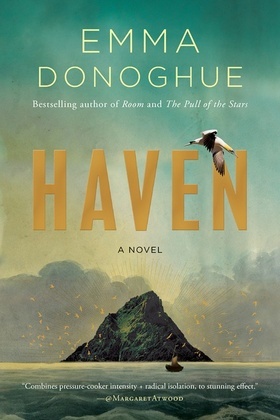 A Novel
by Emma Donoghue (Author)
Excerpt
Fiction Historical Middle Age English literature American and Canadian literature
warning_amber
One or more licenses for this book have been acquired by your organisation details
EPUB
26 loans, One at a time
Details

Around the year 600, three men vow to leave the world behind and set out in a small boat for an island their leader has seen in a dream, with only faith to guide them

In seventh-century Ireland, a scholar priest named Artt has a dream in which God tells him to leave the sinful world behind. With two monks—young Trian and old Cormac—he rows down the River Shannon in search of an isolated spot in which to found a monastery. Drifting out into the Atlantic, the three men find the impossibly steep, bare island known today as Skellig Michael. In such a place, what will survival mean?