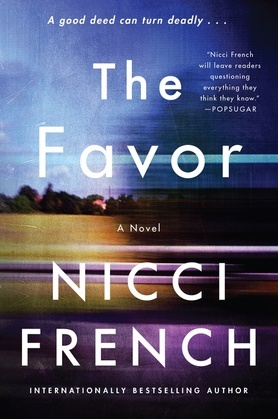 A Novel
by Nicci French (Author)
Excerpt
Fiction Mystery & detective Suspense English literature British literature
warning_amber
One or more licenses for this book have been acquired by your organisation details
EPUB
26 loans, One at a time
Details

In this twisty new stand-alone novel from internationally bestselling author Nicci French, a young woman agrees to do a favor for her first love—but when things go horribly wrong, one small task turns into a murder investigation that completely upends her life, ensnaring her in a deadly web of secrets and lies.

Jude hasn’t seen Liam in years, but when he shows up at her work asking for a favor, she finds she can’t refuse. All Jude has to do is pick Liam up at a country train station—without telling anyone. So what if she has to lie to her fiancé? Jude is still committed to him and their imminent wedding, even if she and Liam were in love once.

After the car crash that changed everything years ago, bright, ambitious Jude went to medical school, back on the path she had planned before meeting moody, artistic Liam. Meanwhile, he never fully recovered from the dark stain the accident left on his record.

When the police show up at the station instead of Liam, Jude realizes that she knows nothing about the man he’s become. Now she’s tangled up in his life, the last person to have seen him, and maybe the only one who can uncover the truth about what went wrong—even if she destroys her own life in the process.