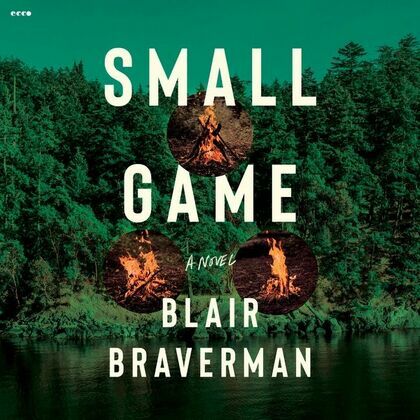 A Novel
by Blair Braverman (Author), Kristen Sieh (Narrateur)
Fiction Literary Mystery & detective Suspense
warning_amber
One or more licenses for this book have been acquired by your organisation details
AUDIOBOOK
Unlimited loans, One at a time
Details

Four strangers and six weeks: this is all that separates Mara from one life-changing payday. She was surprised when reality TV producers came knocking at Primal Instinct—the survival school where she teaches rich clients not to die during a night outdoors—and even more shocked to be cast in their new show, Civilization. Now she just has to live off the land with her fellow survivors for long enough to get the prize money.

Whisked by helicopter to an undisclosed location, Mara meets her teammates: The grizzled outdoorsman. The Eagle Scout. The white-collar professional. And Ashley, the beautiful but inexperienced one who just wants to be famous. Mara’s unusual, rugged childhood has prepared her for the discomforts and hard work ahead. But trusting her fellow survivors? Not part of Mara’s skill set.

When the cast wakes one morning to find something has gone horribly wrong, fear ripples through the group. Are the producers giving them an extra challenge? Or are they wrapped up in something more dangerous? Soon Mara and the others face terrifying decisions as “survival” becomes more than a game.

A provocative exploration of the comforts, rituals, and connections we depend upon, Small Game is a gripping page-turner and a poignant story about finding the courage to build a new life from the ground up.