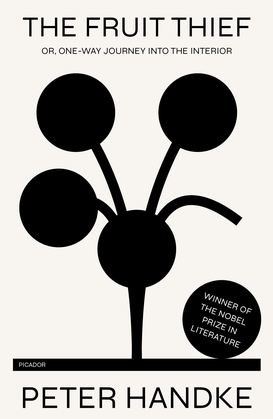 by Peter Handke (Author), Krishna Winston (Translator)
Excerpt
Fiction Literary Germanophone literature
warning_amber
One or more licenses for this book have been acquired by your organisation details
EPUB
Unlimited loans, 2 years, One at a time
Details

On a summer day under a blue sky a man is stung on his foot by a bee. “The sting signaled that the time had come to set out, to hit the road. Off with you. The hour of departure has arrived.” The man boards a train to Paris, crosses the city by Métro, then boards another, disembarking in a small town on the plains to the north. He is searching for a young woman he calls the Fruit Thief, who, like him, has set off on a journey to the Vexin plateau. What follows is a vivid but dreamlike exploration of topography both physical and affective, charting the Fruit Thief’s perambulations across France’s internal borderlands: alongside rivers and through ravines, beside highways and to a bolt-hole under the stairs of an empty hotel. Chance encounters—with a man scrambling through the underbrush in search of his lost cat, and with a delivery boy who abandons his scooter to become a fellow traveler for a day—are like so many throws of the dice, each exposing new facets of this mysterious individual in the manner of a cubist portrait.

In prose of unrivaled precision, lucidly rendered into English by Krishna Winston, The Fruit Thief elevates the terrain of everyday life to epic status, and situates the microgeography of an individual at the center of a book like few others. This is one of Nobel laureate Peter Handke’s most significant and original achievements.