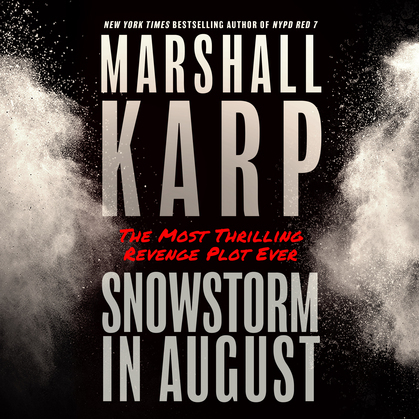 The most powerful drug lord on the planet, Joaquín Alboroto, has a gift for New York City—four thousand pounds of uncut cocaine burying Central Park and raining death upon hundreds of innocent people enjoying a summer afternoon. The only NYPD unit trained to go up against this level of terrorism has been disbanded, so the task falls to former NYPD captain Danny Corcoran. In this heart-stopping, unflinching, and highly entertaining thriller of life and death, drugs and heroism, Corcoran leads a team of retired top cops, funded by four anonymous billionaires, on a mission to stop Alboroto before it’s too late.