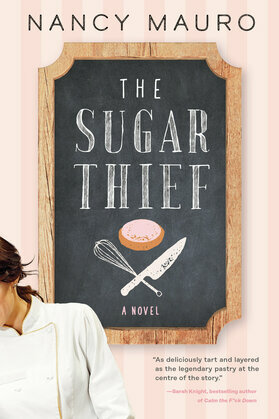 A delectable comedy about an imploding social media star, an Italian bakery, the treachery of fame, and the pink-frosted pastry at the heart of it all.

YouTuber Sabine Rose is a star about to go supernova. Her baking channel attracts millions, her production team agonizingly crafts her every moment, and her agent has nearly landed her a television series. But Sabine’s rise to superstardom needs a final push, and she has the perfect idea to get herself there: a well-documented visit home to her family’s bakery.

When Sabine and her chronically underappreciated producer, Wanda, arrive in Thunder Bay, the planned family reunion is quickly lost in chaos (and, as Wanda sees it, social media opportunity). Sabine’s father, the Rose family master baker, has just died. And he’s left behind a locked briefcase containing the secret pastry recipe that has made him a hometown legend.

On the cusp of going viral, Sabine finds herself unlocking the dark truths of her father’s past. Self-medicating one glass—and one handful of pharma-ceuticals—at a time, can she drag her fledgling celebrity into the big leagues before ever-loyal Wanda, sensing betrayal, turns the tables on her? Will the popular pastry and the family secrets it holds fall into the wrong hands? Or will it provide the salvation Sabine so badly needs?

Piped full of heartache and told with razor wit, The Sugar Thief is a skewering of contemporary narcissism and an ode to families that leave (almost) everything behind in search of a brighter future.