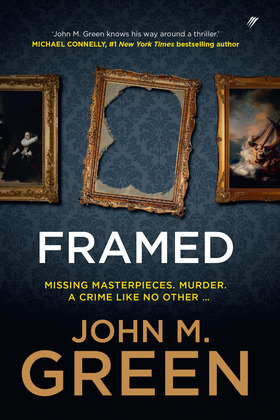 by John M. Green (Author)
Excerpt
Fiction Action & adventure
warning_amber
One or more licenses for this book have been acquired by your organisation details
EPUB
Unlimited loans, One at a time
Details

When art conservator JJ Jego spots a long-lost masterpiece through the window of a luxury apartment, she’s drawn into a dark web of intrigue, deception and murder.

JJ spies what she believes is a priceless Van Gogh. Except it can’t be … that painting, Six Sunflowers, was destroyed during World War II. She also glimpses what looks like a Rembrandt, one stolen in the infamous 1990 robbery at the Isabella Stewart Gardener Museum in Boston.

JJ sets out on a mission to discover if these works are fakes or genuine. But when she gets in too deep, she is forced to seek help from her estranged father, a Sydney detective.

From the pubs of Belfast to the boardrooms of Monte Carlo and the shores of Sydney Harbour, this gripping art heist thriller exposes a shadowy underworld where JJ crosses paths with a global organised crime empire in her pursuit to solve some of art history’s biggest mysteries.