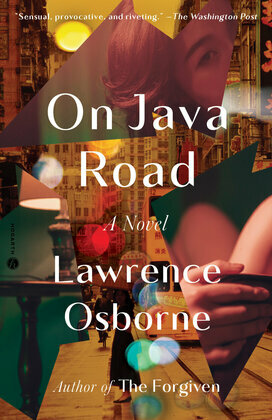 A Novel
by Lawrence Osborne (Author)
Excerpt
Fiction Literary English literature British literature
warning_amber
One or more licenses for this book have been acquired by your organisation details
EPUB
Unlimited loans, 2 years, One at a time
Details

NEW YORK TIMES EDITORS’ CHOICE • A veteran journalist in Hong Kong is caught in a shadowy web of truth and betrayal as he investigates the disappearance of a student protester in this menacing, atmospheric novel written with “shades of Graham Greene and Patricia Highsmith” (Sunday Times) from the celebrated author of The Forgiven—now a major motion picture starring Jessica Chastain and Ralph Fiennes.

“Osborne is a startlingly good observer of privilege, noting the rites and rituals of the upper classes with unerring precision and an undercurrent of malice.”—Katie Kitamura, The New York Times Book Review, on Beautiful Animals

ONE OF THE MOST ANTICIPATED BOOKS OF 2022—CrimeReads, Fodors

After two decades as a journalist in Hong Kong, ex-pat Englishman Adrian Gyle has very little to show for it. Evenings are whiled away with soup dumplings and tea at Fung Shing, the restaurant downstairs from his home on Java Road, watching the city—once overflowing with wine dinners and private members’ clubs—erupt in violence as pro-democracy demonstrations hit ever closer to home.

Watching from the skyrises is Adrian’s old friend Jimmy Tang, the scion of one of Hong Kong’s wealthiest families. Just as Gyle prepares to turn his back on Hong Kong, he finds one last intrigue: the mysterious Rebecca, a student involved in the protests, and the latest of Jimmy’s reckless dalliances. But when Rebecca goes missing and Jimmy hides, Gyle feels that old familiar urge to investigate.

Piecing together Rebecca’s final days and hours, Gyle must tread carefully through a volatile world of friendship and betrayal where personal loyalties vanish like the city he once knew so well. On Java Road tells the story of a man between the fault lines of old worlds and new orders in pursuit of the truth.