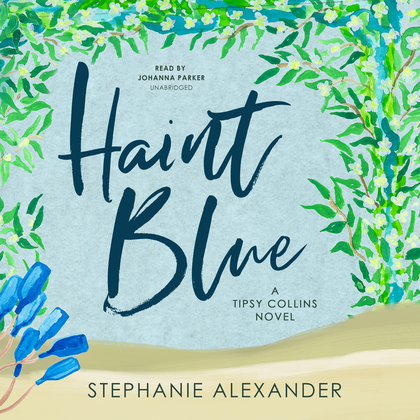 She has solved a century-old murder mystery and brought peace to her house. She’s rebuilding her artistic career and coparenting with her ornery ex-husband. She’s hopeful that her boyfriend is Mr. Right. Mercurial phantom Henry Mott still haunts her house, but he’s become a dear friend. Tipsy plans to return to her lifelong habit of ignoring restless spirits.

A series of sudden financial and personal setbacks leave her feeling like she’s back to square one, until a new friendship offers unexpected financial salvation. Ivy More has been haunting a Sullivan’s Island cottage since the 1940s. Ivy’s eccentric granddaughter, Pamella Brewton, will pay big bucks if Tipsy can figure out how to free her moody, volatile Meemaw. It turns out there was more to Ivy’s death than a simple swan dive off the dock at low tide. To complicate matters, Ivy had a secret lover. Shockingly, he’s someone Tipsy has seen before.

As Tipsy struggles with heartbreak, her ex-husband’s shenanigans, and a growing sense of frustration with life, she turns to Henry for help solving Ivy’s mystery. She finds herself learning from her brooding housemate but also from Ivy, who has far more in common with Tipsy than either of them expect.