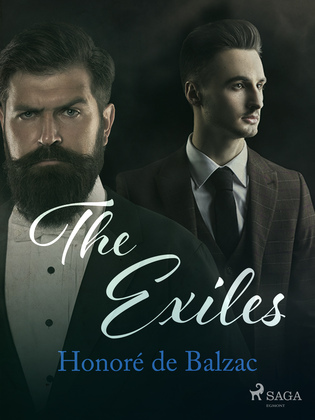 Superstition, sorcery, dark strangers, and a great poet in disguise, Honoré de Balzac takes a new turn in 'The Exiles'.

Set in 14th century Paris, this novella sees sergeant Tirechair host two strangers at his house near Notre-Dame. One is a regular at the royal court, while the younger man is the son of a countess.

Both of them spook the sergeant, as he believes they are sorcerers - and they are clearly incognito. As he gets ready to throw them out, there is a big reveal - and plenty of poetic justice.

Balzac's 'The Exiles' is a clever exploration of the price of fame and the pressure of being born into the upper classes.

If you like 'The Canterbury Tales' by Geoffrey Chaucer and 'World Without End' by Ken Follett, ´The Exiles´ will be a great read!


Honoré de Balzac (1799-1850) was a French novelist and playwright, most famous for a sequence of novels, collectively called 'The Human Comedy'. His signature style was a warts-and-all representation of post-Napoleonic French life, rich in detail and featuring complex, unfiltered characters.

The style means Balzac is regarded as one of the pioneers of European literary realism. He is named as an influence on writers including Emile Zola, Henry James, Charles Dickens, and Gustave Flaubert.

The first novel he published under his own name was 'Les Chouans' in 1829. In 1834 he hit upon the idea of grouping his novels together to record all of society. The result, over a period of years, was 'The Human Comedy', which comprised three categories: 'Analytic Studies'; 'Philosophical Studies'; and 'Studies of Manners'.