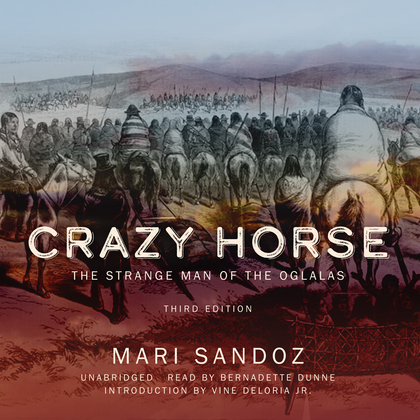 Crazy Horse was the legendary military leader of the Oglala Sioux whose personal power and social nonconformity contributed to his reputation as being “strange.”

Crazy Horse fought in many battles, including the famous Battle of the Little Bighorn, and held out tirelessly against the US government’s efforts to confine the Native Americans to reservations. Eventually, in the spring of 1877, he surrendered to military forces and ended up meeting a violent death.

Now, nearly a century and a half later, Crazy Horse continues to hold a special place in the hearts and minds of people. Author Mari Sandoz offers a powerful evocation of the indigenous people of this long-ago world, of the life of Crazy Horse, and of the man’s enduring spirit.