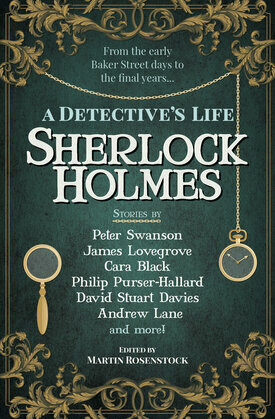 A brand-new collection of twelve Sherlock Holmes short stories which spans Holmes's entire career, from the early days in Baker Street to retirement on the South Downs.

Penned by masters of the genre, these Sherlock stories feature a woman haunted by the ghost of a rival actress, Moriarty's son looking for revenge, Oscar Wilde's lost manuscript, a woman framing her husband for murder, Mycroft's encounter with Moriarty and Colonel Moran, and many more!