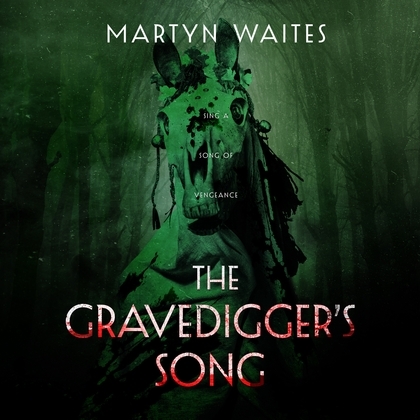 by Martyn Waites (Author), Matthew Brenher (Narrateur)
Excerpt
Fiction Action & adventure Thrillers Legal Mystery & detective Suspense
warning_amber
One or more licenses for this book have been acquired by your organisation details
AUDIOBOOK
Unlimited loans, One at a time
Details

When his song is over, so are you

Under a starless winter night in rural Cornwall, four killers dressed in bizarre folkloric garb brutally invade the home of the wealthy West family. They destroy the posh house and kill the terrified family.

All but one: traumatized seventeen-year-old Simon manages to escape, fleeing through snowy woods. Later, fears that he’s an active target of madmen or criminals lead the police to once more come knocking on Tom Killgannon’s door: Will he watch over Simon until a more secure place is found for the boy?

An ex–undercover cop now living in witness protection, Tom’s turned his back on his violent past. Living in seclusion in his coastal cottage alongside his adoptive daughter, Lila, he also has a romance blossoming with local tavern owner, Pearl Ellacott.

Tom’s reluctant to shelter Simon, but the boy comes to stay, and villains are soon circling the cottage like vultures. When there’s a break-in late one night, Tom must protect his own. The ensuing violence disrupts the household harmony: a rift opens up as Pearl fears a life with Tom will be forever plagued by violence.

Meanwhile, a local by-election in this economically depressed part of the country arouses dangerous nativist sentiments. Simon falls into the clutches of a fanatical political cult that sees a way to brainwash him and use him for their own ends.

To save the boy, Tom must summon from within the violent man he once was, risking the new life he created to face down the most lethal of foes.