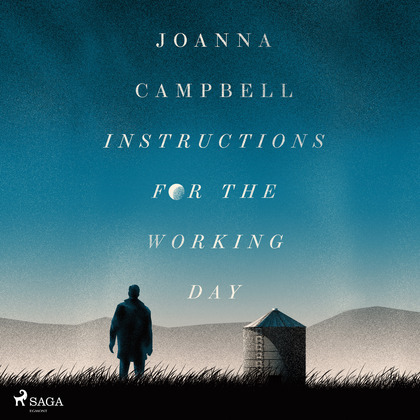 Instructions for the Working Day

SHORTLISTED FOR THE INDEPENDENT'S BOOK OF THE MONTH AUGUST 2022.

'You go too far, my friend. You are near dangerous ground.’

Neil Fischer is travelling to a village in East Germany that he has unexpectedly inherited – his father’s former hometown of Marschwald. Knowing it has been left to deteriorate for decades after the fall of the Berlin Wall, Neil is determined to restore the derelict village to its former glory, as his demanding late father would surely have wanted. But when he arrives, he is met with hostility, mistrust and underlying menace.

His only friend in Marschwald is Silke, who is coming to terms with her traumatic experiences during the Cold War and has recently uncovered a shocking truth. As tensions rise, a series of surreal encounters force Neil to contend with his own troubled past – but in his present, all signs point to danger.

"A clever reflection on ramifications of the Stasi era in East Germany, [it] is an elegant, chilling reminder of what happens when people set out to deliberately disintegrate another person's spirit" — The Independent

‘I love how this seemingly quiet novel is also one of extremes: funny and tragic, captivating and disturbing. Joanna Campbell has written a mind-bending and enigmatic story that blurs the lines between thought and reality’ — Claire Fuller, author of Costa prize-winning Unsettled Ground

‘I’ve been a fan of Joanna Campbell’s short stories for some time now and it’s a joy to see her turn her considerable talents to the novel. I hope this wonderful book brings her the wider recognition she so deserves’ — Paul McVeigh, author of The Good Son, winner of the Polari Prize 2016

‘An evocative and poignant novel exploring home and family and the hold of the past. Totally absorbing’ — Alison Moore, author of the Man Booker-shortlisted The Lighthouse


Joanna studied German at university and as a student spent a year living in West Germany. Her debut novel 'Tying Down the Lion' was published in 2015, and her short story collection 'When Planets Slip Their Tracks' (2016) was shortlisted for the Edge Hill Prize. Her novella Sybilla won the 2021 National Flash Fiction Day Novella-in-Flash Award.