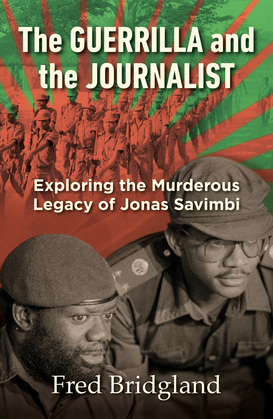 The Guerrilla and the Journalist

Exploring the Murderous Legacy of Jonas Savimbi
by Fred Bridgland (Author)
Excerpt
Nonfiction History History by country United States Other Military
warning_amber
One or more licenses for this book have been acquired by your organisation details
EPUB
Unlimited loans, One at a time
Details

For many years, UNITA leader Jonas Savimbi was known for his charisma, charm and brio: he convinced millions of his fellow countrymen and also international statesmen that he was Angola’s and the West’s best hope for democratic rule.

More than 30 years after writing a sympathetic biography of Savimbi, Fred Bridgland sets the record straight. Based on new evidence that has come to light, he reveals the rebel leader’s murderous legacy. In the 1970s and 1980s, when Angola was a hotbed of the Cold War, few people would have believed that Savimbi was a manipulative and paranoid tyrant prepared to kill anyone he viewed as a threat to his power.

Tito Chingunji, the brilliant young foreign secretary of Savimbi’s UNITA movement, who approached Bridgland to write the original biography in the early 1980s, risked his life to help Bridgland tell the true story of what was going on behind the scenes. This is an account of the intense friendship that developed between the two men, the adventures they shared and the terrifying challenges they faced as they revealed Savimbi’s true face.