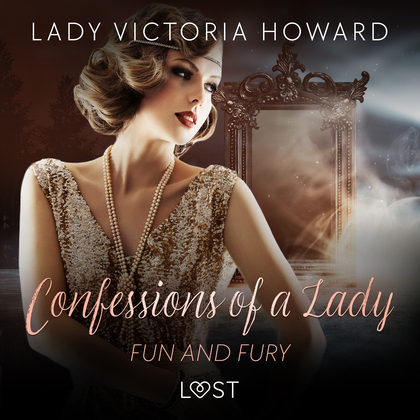 Victoria's adventures continue through the mirror and she embarks on a Viking adventure where she is worshipped in a sexual ritual as a goddess. In the late 1930s, she arrives on the ‘Gone with the Wind’ film set where she has a sexual encounter with Clark Gable dressed as Rhett Butler.

In the present-day, she meets the wealthy art collector, George Shervashidze. Then, in Bibury, she meets George’s almost complete opposite, Jude. Victoria finds her mind flitting from various men; Ragnar, George, William, Jude, and Jonathan. However, after an argument with Jonathan, her relationship with him, plus her friendship with Sally, and her marriage to Toby are called into question, and Victoria wants to learn the truth, using her time-travelling gift. She goes back in time to Cambridge, to the early 2000s to, at last, uncover the truth.

"Fun, smart and slightly rebellious, Victoria sounds like a character you can believe in and get behind, making the story all the better." Alice Broster, Bustle UK

For [anyone] who enjoys indulging in a little bit of erotica on the discrete, LVH is your new fantasy dream come true." Elizabeth Hazard, Provokr


Lady Victoria Howard is a pseudonym and part of a universe for an adult romance series that combines passion and history to create unforgettable fantasy encounters that will be enjoyed by fans of ‘Bridgerton’. A 34-year-old widow, Lady Victoria is nervous about dating again until she discovers that she possesses the magical gift of time travel that opens up a world of exciting adventures.