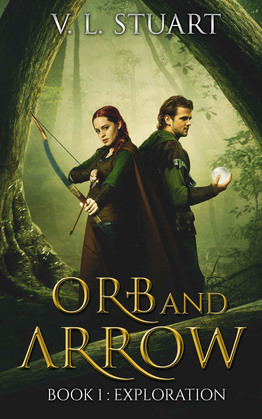 Book 1: Exploration
by V. L. Stuart (Author)
Excerpt
Fiction Fantasy Epic Historical
warning_amber
One or more licenses for this book have been acquired by your organisation details
EPUB
Unlimited loans, One at a time
Details

She was raised to be a healer, but does her true destiny lie in the battle against Darkness?

Brillar was expected to follow in her mother’s footsteps and become a healer, but she had other plans. Now a highly skilled archer, she has been forced to kill to release a bound mage. It may have been self-defense, but that is no excuse for a healer.

Releasing such a skilled War mage from bondage could get you killed . . . or apprenticed. When she chooses the latter, Brillar finds herself on a desperate journey to stop the rising tide of Darkness.

Her decision to apprentice herself to Elden, the man she rescued, sets her further from the healer’s calling. Still, her healing spells serve them both well as they face the dangers of a world often torn between the Light and Darkness . . .