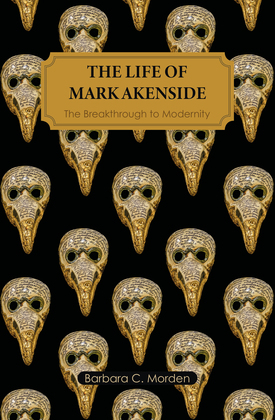 The Life of Mark Akenside

The Breakthrough to Modernity
by Barbara C. Morden (Author)
Excerpt
Nonfiction Biography & autobiography Literary Fiction Poetry
warning_amber
One or more licenses for this book have been acquired by your organisation details
EPUB
Unlimited loans, One at a time
Details

Mark Akenside (1721–1770) was a medical doctor and literary man whose influence on the history of ideas was profound.

Born the son of a butcher in Newcastle Upon Tyne in 1721 Mark Akenside was awarded a degree in medicine from Edinburgh and Leyden Universities. He settled in London in 1743 where he was successful both as a doctor and in medical research. Above all, he was the author of The Pleasures of Imagination1744, an epic length poem in blank verse which broke many conventions of the time, exploring ideas about human perception and the natural world.

Akenside had a European reputation and became a national celebrity. He was a major influence on first- and second-generation Romantic poets such as Wordsworth, Keats, Coleridge, etc. He also made an impact on the development of landscape painting in the early 19th century through his influence on J.M.W. Turner.

This book examines these issues, as well as the controversy and speculation about Akenside’s relationship with his origins, his sexuality, and changing political affiliations in a period of economic crisis and great social change.