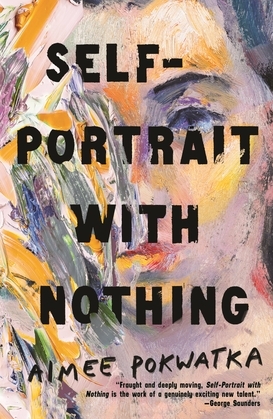 by Aimee Pokwatka (Author)
Excerpt
Fiction Science fiction English literature American and Canadian literature
warning_amber
One or more licenses for this book have been acquired by your organisation details
EPUB
Unlimited loans, 2 years, One at a time
Details

Orphan Black meets Fringe in a story that reminds us that living our best life sometimes means embracing the imperfect one we already have.

“Aimee Pokwatka’s Self-Portrait with Nothing is tantalizing and elusive lacework, delicately balanced between the branches of fantasy, mystery and realism like a spider’s web.” —The New York Times

If a picture paints a thousand worlds . . .

Abandoned as an infant on the local veterinarian’s front porch, Pepper Rafferty was raised by two loving mothers, and now, at thirty-six is married to the stable, supportive Ike. She’s never told anyone that at fifteen she discovered the identity of her biological mother.

That’s because her birth mother is Ula Frost, a reclusive painter famous for the outrageous claims that her portraits summon their subjects’ doppelgängers from parallel universes.

Researching the rumors, Pepper couldn’t help but wonder: Is there a parallel universe in which she is more confident, more accomplished, better able to accept love?

A universe in which Ula decided she was worth keeping?

A universe in which Ula’s rejection didn’t still hurt too much to share?

Combining a thrilling pan-continental race against time with an authentic and touching personal drama, Self-Portrait with Nothing is an unforgettable debut that explores what it means to be part of a family.