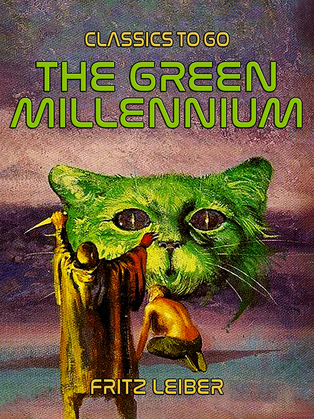 Green Millennium is about a man, Phil, (and Arthur Dent type but without all the charm, i.e. audience surrogate almost no personality) who has a brief encounter with a magical green cat. Lucky (the cat) makes everyone around him feel connected and loved. In this world of conservative politics (I was going to type hyper-conservative politics, but then I realized that the religious-right fictional president and his Bureau of Loyalty isn't that far off from what our current Republican candidate for president would like) contrasted against hyper-sexualized consumerism there are a lot of interesting characters and circumstances, so the story is mostly Phil being pulled through the story on a quest to reclaim the feeling of wellbeing and confidence that he had while around Lucky. (Goodreads)