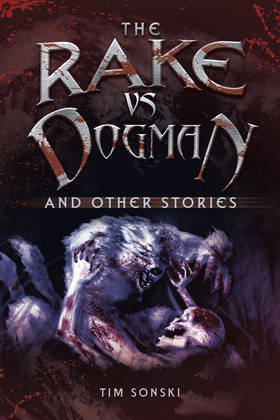 The Rake Vs Dogman

And Other Stories
by Tim Sonski (Author)
Excerpt
Fiction Fantasy Short stories
warning_amber
One or more licenses for this book have been acquired by your organisation details
EPUB
Unlimited loans, One at a time
Details

Bounty hunter siblings Meredith Caplan, known as Murray, and Travis Peck are hired to catch a skeletal creeping figure roaming the neighborhoods of their small Mississippi town. Masking her soft vulnerability under a tough, thick candy shell, Murray packs up her shotgun Jinx and her dog Karma to prepare for the hunt. Meanwhile, two redneck ranchers provoke a roving pack of wild Dogmen and find themselves suddenly the prey instead of the poachers. As their paths collide with Murray at an abandoned ranger station in the darkest corner of the forest, two young amateur hikers, Janine and Holly, find themselves trapped amongst the instigators between two monstrous forces eager to savor the taste of their marrow. As if things couldn’t become more desperate, the vicious Officer Nathanial Dixon, scarred by Murray years before has also found himself at the center of the carnage. Hellbent on taking his revenge upon the woman, he won’t let the threat of warring supernatural beasts deter him from collecting his pound of flesh. Summoning an inner strength that has nothing to do with muscle mass, Murray must overcome not only the demons at her door but the demons from her past in order to survive.