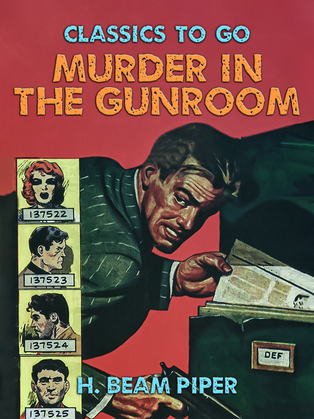 Murder In The Gunroom

The Lane Fleming collection of early pistols and revolvers was one of the best in the country. When Fleming was found dead on the floor of his locked gunroom, a Confederate-made Colt-type percussion .36 revolver in his hand, the coroner's verdict was "death by accident." But Gladys Fleming had her doubts. Enough at any rate to engage Colonel Jefferson Davis Rand--better known just as Jeff--private detective and a pistol-collector himself, to catalogue, appraise, and negotiate the sale of her late husband's collection. There were a number of people who had wanted the collection. The question was: had anyone wanted it badly enough to kill Fleming? And if so, how had he done it? Here is a mystery, told against the fascinating background of old guns and gun-collecting, which is rapid-fire without being hysterical, exciting without losing its contact with reason, and which introduces a personable and intelligent new private detective. (Goodreads)