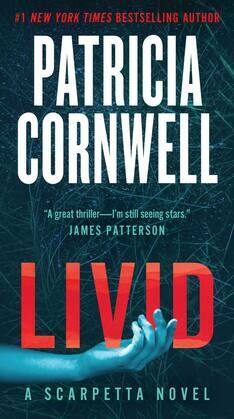 A Scarpetta Novel
Kay Scarpetta #26
by Patricia Cornwell (Author)
Excerpt
Fiction Mystery & detective Suspense English literature American and Canadian literature
warning_amber
One or more licenses for this book have been acquired by your organisation details
EPUB
Unlimited loans, 2 years, One at a time
Details

In this thrilling installment of the #1 bestselling series, chief medical examiner Dr. Kay Scarpetta finds herself a reluctant star witness in a sensational televised murder trial causing chaos in Old Town Alexandria with the threat of violent protests.

Chief medical examiner Kay Scarpetta is the reluctant star witness in a sensational murder trial when she receives shocking news. The judge’s sister has been found dead. At first glance, it appears to be a home invasion, but then why was nothing stolen, and why is the garden strewn with dead plants and insects?

Although there is no apparent cause of death, Scarpetta recognizes telltale signs of the unthinkable, and she knows the worst is yet to come. The forensic pathologist finds herself pitted against a powerful force that returns her to the past, and her time to catch the killer is running out . . .