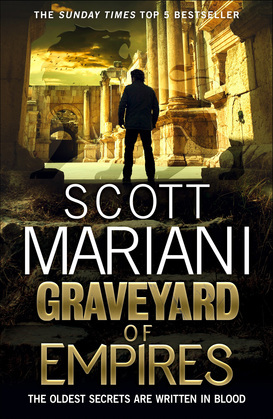 by Scott Mariani (Author)
Excerpt
Fiction Action & adventure Espionage Mystery & detective Suspense
warning_amber
One or more licenses for this book have been acquired by your organisation details
EPUB
26 loans, One at a time
Details

Some wars are destined to be fought forever…

They call it ‘The Graveyard of Empires’ for good reason. For thousands of years, Afghanistan has been the rock that generations of would-be conquerors have perished on. What chance does one man stand in this place?

So when ex-SAS major Ben Hope hears former bounty-hunter, Madison Cahill, needs his help he knows it will test him to his limits – and beyond. As the borders slam shut, he must trace his friend before the new regime does. His only lead? An ancient lost city founded by Alexander the Great and rediscovered by Madison’s archaeologist father.

The mission will take Ben back to a place he thought was firmly in his past, back to someone he can never leave behind – and back to some old comrades. Among these is SAS man turned assassin, Jaden Wolf. Wolf has come to Afghanistan with his own agenda and knows as well as Ben that the conditions they face may prove as lethal as their enemies.

As they uncover old secrets, they find modern ones are just as dangerous. Who is the mysterious ‘Spartan’ that the British officials are so desperate to extract from behind enemy lines? And outnumbered and outgunned at every turn, is the pressure of being the last hope of the innocent too much to bear when surviving past sundown seems impossible?