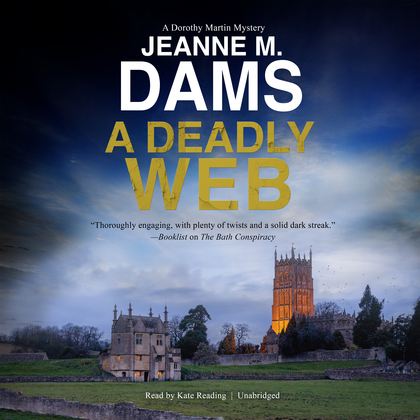 When an “unofficial” relative of Alan’s arrives from the States, Dorothy and Alan are drawn into a tangled web of murder and lies.

Dororthy Martin is more than capable of dozing during a raging storm in her snug house in Sherebury, but the loud ping of an unexpected text on her husband Alan’s phone quickly wakes her up. Alan’s unofficial great-niece, Lucy Bowman, is coming over from the States for a conference.

When Lucy arrives, she gushes about her fiance, Iain. But Alan makes a disturbing discovery about Lucy’s engagement ring, and no sooner has Iain set foot on UK soil when he’s the victim of a mysterious hit-and-run. Was it an accident, or murder?

Drawn into the police investigation, Dorothy learns that Iain was not all he seemed to be, and uncovers a shocking trail of deceit. Can she separate fact from fiction to untangle a deadly web of lies?