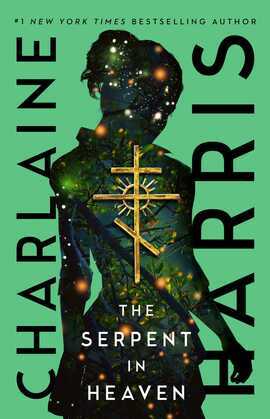 The Serpent in Heaven

Gunnie Rose #4
by Charlaine Harris (Author)
Excerpt
Fiction Fantasy Historical English literature American and Canadian literature
warning_amber
One or more licenses for this book have been acquired by your organisation details
EPUB
Unlimited loans, 2 years, One at a time
Details

#1 New York Times and USA TODAY bestselling author Charlaine Harris returns to her alternate history of the United States where magic is an acknowledged but despised power in this fourth installment of the Gunnie Rose series.

Felicia, Lizbeth Rose’s half-sister and a student at the Grigori Rasputin school in San Diego—capital of the Holy Russian Empire—is caught between her own secrets and powerful family struggles. As a granddaughter of Rasputin, she provides an essential service to the hemophiliac Tsar Alexei, providing him the blood transfusions that keep him alive. Felicia is treated like a nonentity at the bedside of the tsar, and at the school she's seen as a charity case with no magical ability. But when Felicia is snatched outside the school, the facts of her heritage begin to surface. Felicia turns out to be far more than the Russian-Mexican Lizbeth rescued. As Felicia’s history unravels and her true abilities become known, she becomes under attack from all directions. Only her courage will keep her alive.