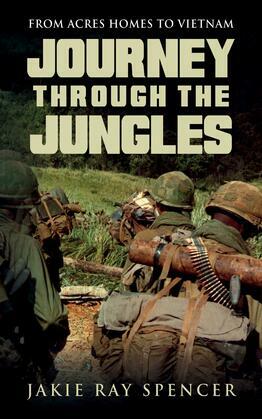 Journey Through The Jungles

Odessa Tignor Spencer Epitaph Foundation
by Jakie Ray Spencer (Author)
Excerpt
Nonfiction Biography & autobiography Military
warning_amber
One or more licenses for this book have been acquired by your organisation details
EPUB
Unlimited loans, One at a time
Details

There is a saying that time brings about change, but the more things change, the more they stay the same. Jakie Ray Spencer is a Black military veteran who fought in Vietnam with Charlie company 5th and 12th, the 199th infantry brigade. He was given medals at the time, but refused to accept them because he felt the soldiers who had died on the battlefield deserved them more. God let Jakie witness and live through all the death and destruction, and he was not so proud of what he'd had to do to survive in the jungles of Vietnam. Only to face the struggles encountered after coming back home from war, being an African American soldier. Of being denied the rights of a human being, beaten-down because of the color of his skin, even after serving in Vietnam. Of being intimidated and abused by others for no apparent reason. Things that continue on today.

This memoir shows in vivid detail how one man has dealt with poverty, racism, and war for over 50 years. The Lord placed this story upon Jakie's heart many years ago, asking him to get it out to people who grew up during a time when few of the leadership principles and qualities existed that had been instilled in him growing up. As you embark upon this adventure and read about his life story, his hope is that you take from it the principles of love, kindness, caring, helping, and respect for one another that seem to have vanished from the earth today. Trust in the Lord; He is always there for you to lean on.