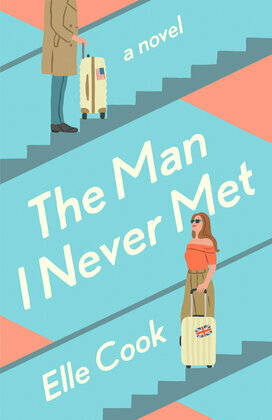 The Man I Never Met

Is it possible to love someone you've never met? A young woman finds out in this sweeping will-they-or-won't-they love story that begins with a chance wrong number dial. . . .

“A total delight . . . achingly romantic, full of suspense, and a beautiful cast of characters.”—Laura Jane Williams, author of Our Stop

When Hannah picks up a call from an unknown number, she thinks nothing of it—it’s just an easygoing American named Davey who misdialed her while calling into a job interview. And when Hannah wishes him luck after clearing up the confusion, she never actually expects to hear from him again.

Then she gets a text saying he got the job and he’ll be moving to London, and she can’t help but smile. Soon their texts become phone calls that turn into video calls, and their friendship becomes a relationship they can’t wait to start in earnest once Davey lands in London in a month’s time.

But when Hannah goes to meet him at the airport, Davey isn’t there—and the reason why changes both of their lives in an instant. With their future together suddenly so uncertain, they don’t know what to do but try to move on from each other.

Though their chance at love seems lost forever, neither is never far from the other’s thoughts. Will fate intervene once more to bring the two together, or will Davey always be the man that Hannah never met?