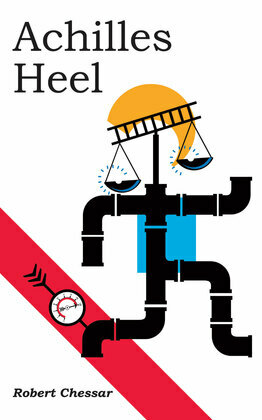 by Robert Chessar (Author)
Excerpt
Fiction Action & adventure Thrillers Legal
warning_amber
One or more licenses for this book have been acquired by your organisation details
EPUB
Unlimited loans, One at a time
Details

Because humans are fallible, everything they do is liable to have errors. Some are small and can be fixed; some are large and can't. Somewhere in between these two conditions is the occasional small glitch, for which the perpetrator will not accept blame. This story centres on such a one. It tells of a seemingly simple pipework heating system to be installed in a Royal Naval Armaments Depot in Scotland for the Ministry of Defence. The name of the depot, its location and the characters in the story are fictitious.

A junior consulting engineer is forced by his client (the M.O.D.) to reduce the estimated costs of his design. He is up against time constraints and is bullied by his superiors. Under intense pressure, he makes an error that is not noticed till the project has already started on site.

When the installation contractor finds and reports the technical fault, those above him, in positions of power, refuse to accept the evidence and use their authority to protect their reputations. If the fault is not addressed, a major environmental disaster will occur. The strength and resources of Messrs Franz Liseur, an international mechanical services contractor, are brought to bear in the attempt to convince the four antagonists, the Ministry of Defence, the Consulting Engineers, the Supervising Officer and the Main Building Contractor, to relent and alter the design before it's too late. If this fails, there will be enormous financial penalties. Can Liseur's Scottish engineer, Douglas Fairbairn, find a way to prevent that?

The reader will not require a degree in physics to understand this story. It turns on errors made during the design of this massive external heating system. The dramas of the people involved before, during and after the construction are intimately exposed.

Although this is about an engineering installation, there are no fancy formulas to confuse the reader.