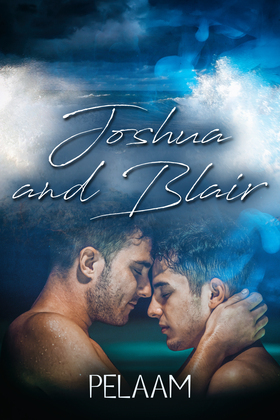 When a tsunami hits, Blair is forced to leave his home and his beloved cat behind. Returning to search for his pet, he hurts himself in the treacherous mud and debris the tsunami leaves in its wake.

When Joshua spots Blair struggling in a cordoned off area, he quickly finds himself not only Blair’s unofficial next of kin, but also the caretaker of Blair’s pets, feisty cat Whiskey and three dogs.

The unlikely friendship between the men slowly warms and becomes something much more. However, Blair isn’t being entirely honest with Joshua.

When an old flame of Joshua’s turns up on the doorstep, he makes it a personal mission to prove Blair has a hidden past. But delving into Blair’s past brings a more deadly danger than the tsunami.