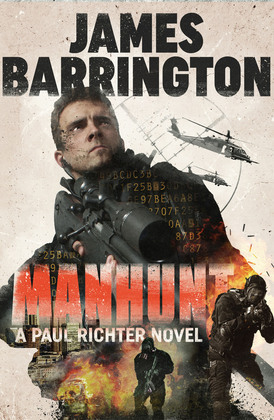 by James Barrington (Author)
Excerpt
Fiction Thrillers
warning_amber
One or more licenses for this book have been acquired by your organisation details
EPUB
Unlimited loans, One at a time
Details

Nobody is above suspicion.

In the intelligence world, it hurts when a senior officer goes bad. When that senior officer can’t be identified, it hurts even more. With the security of Britain's most secret files at stake, and trust a commodity in short supply, a deception operation must flush out the traitor.

Paul Richter, an unemployed ex-Naval aviator, is the unwitting and ultimately expendable bait in the trap. But as the net closes, a Russian intelligence officer flees Moscow and her evidence points the finger of suspicion in a very different direction…

With time running out, and nobody to trust, Richter finds himself battling both the British security establishment and teams of Russian assassins with orders to kill him.

For readers of James Patterson, Will Jordan and Chris Ryan, the Agent Paul Richter series is intense, visceral and totally unmissable.