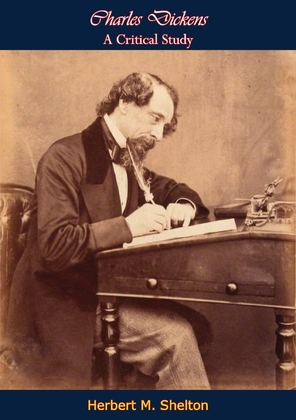 Charles Dickens: A Critical Study was written in Siena, Italy in 1897 and first published by Blackie in the Victorian Era Series in February 1898. Any doubts that readers and critics harboured over the choice of Gissing as author were swept aside on the book's publication. It was hailed as a triumphant feat of original and incisive criticism allied to level-headed conclusions. Literature, the forerunner of the Times Literary Supplement, described the book as "the best study of Dickens we have ever read." The book became an instant classic with many reprints over the succeeding decades.-Print ed.

George Robert Gissing was born on November 22, 1857, and died on December 28, 1903. He was an English novelist who published 23 novels between 1880 and 1903. Recent years have seen a strong revival of interest in Gissing, many of whose novels are now available in reprints. A bridge between late Victorianism and early modernism, Gissing's novels combine two essential themes of the period; the isolation and struggle of the artist and the economic bondage of the proletariat. New Grub Street (1891) and his own indirect autobiography, The Private Papers of Henry Ryecroft (1903), reveal the close connection in Gissing between fiction and autobiography. Workers in the Dawn (1880) and Demos: A Story of English Socialism (1892) dramatizes Gissing's conviction that economic and class divisions are central to human character and individual destiny. Gissing died from emphysema at age 46 after catching a chill on an ill-advised winter walk. Verinilda was published incomplete in 1904. He is buried in the English cemetery at Saint-Jean-de-Luz.