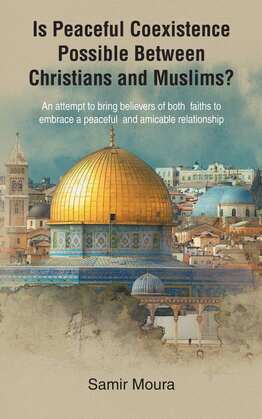 Is Peaceful Coexistence Possible Between Christians and Muslims?

by Samir Moura (Author)
Excerpt
Nonfiction History History by country Middle East Religion Christianity Islam
warning_amber
One or more licenses for this book have been acquired by your organisation details
EPUB
Unlimited loans, One at a time
Details

The aim of the book is to examine the possibility for Christians and Muslims of different sects to live side by side in harmony, taking into account the considerable development of the society and sciences since the advent of these two religions.

There are many similarities between the Bible and the Quran, as Prophet Muhammad had knowledge of the Bible due to his contacts with the Christian Clergy and Jewish Rabbis. Prophet Muhammad with his logical analytical mind discussed the different interpretations of the Evangels with Christians of different sects and later discussed the Torah with Jewish Rabbis in Yathrib (Medina), and reached certain conclusions that he expressed in a book "revealed" to him in Arabic language where he tried to correct the misinterpretations of the Bible by others, to serve as a guide for his people.

An in-depth reading of the Bible and the Quran reveals the difference in Prophet Muhammad's life in Mecca before the death of his first wife Khadija and her uncle the Arian Christian priest Waraka, when he followed the Christian approach in peacefully calling for the belief in a Single God, lead a monogamous life, and after his migration to Medina where he had as neighbours the Jewish Rabbis. Here the lifestyle of Prophet Muhammad witnessed a deep transformation, thereafter emulating that of Israeli Prophets/kings David and Solomon, in his polygamous marriages and his wars to establish an earthly Muslim Arab State, in sharp contrast with the Heavenly Kingdom preached by Jesus Christ.

In spite of the "improvements" entered into the Quran over those of the Torah, the Quran remains a constitution that appropriated much of its components from Moses Law. Even if the ideas In the Torah and the Quran were inspired by God, the tools who revealed them to mankind were humane, using the reasoning and language expression capabilities of human imperfect persons, the level of their scientific knowledge and the traditions of their societies. They were written with the level of writing skills of their time, mostly from memories, tens and hundreds of years after the death of Moses, Jesus Christ and Muhammad.

Hand copying these scriptures and translating them during centuries, many mistakes must have occurred. The above leads us to conclude that the Bible and the Quran cannot be literally the words of God. Christians and Muslims should strive to interpret the Bible and the Quran basing their interpretation on reason, logic and nowadays scientific knowledge, and where necessary deleting the incorrect insertions.

As we cannot accept many rules of Moses's Law, similarly we cannot accept the Quran's Shari'a Law covering wars of conquest in Allah's name, the notion that the Muslim Nation is the best nation, killing the apostate, payment of tribute by non-Muslims, plunder of women, slavery, polygamy, inequality between men and women in tribunals and inheritance, lashing adulterers, cutting hands and feet.

Ignorance is the main cause of human misery.